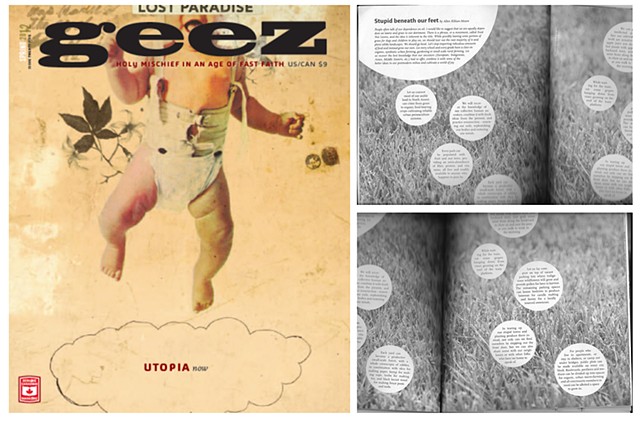 Stupid Beneath Our Feet
< previous next >

Geez attempts to challenge the corrupt conservative culture of pious self-helpers and religious profiteers, and to do it with creative mischief rather than mere ideological firepower. They’ve outraged critics and overjoyed supporters. Geez is a place for front-line world-changers and restless cranks. Though Geez is predominantly a periodical for progressive, (left-wing) religious thought, Geez mag also includes articles by atheists and secular humanists.