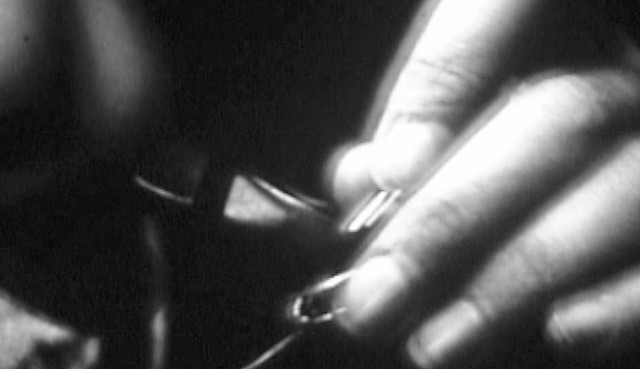 The Essence
< previous next >

5 min. - 16mm Black and White Reversal Film, Hand Scratched and Manipulated 16mm Clear Film Leader The Essence is a film document capturing both the progression and technique inherent in a creative endeavor, while also attempting to apprehend the (indispensable) quality of something both subjective and abstract. The film features Olive DelSol, an Oregon based multi-instrumentalist, visual artist, educator, and performer. Originally designed as a silent film to be projected on 16mm analog equipment, The Essence film-to-video installation has been rejuvenated with new music by the Allen Killian-Moore Ensemble added for an exhibit at the Duluth Art Institute.