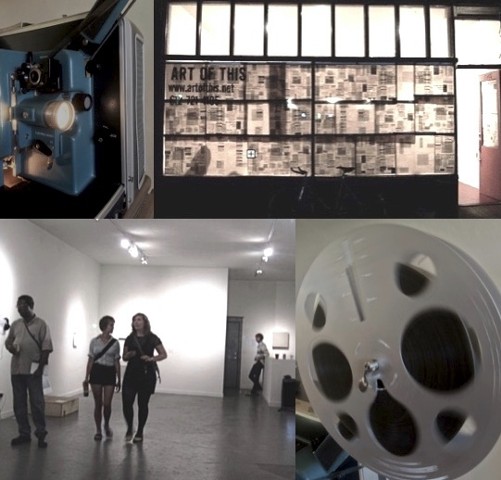 Art of This Gallery Group Screening

Whack was a moving image performance hybrid which debuted as part of the Hearing Eyes experimental film program at Art of This gallery, along with new work from several other artists who exhibited work during this idiosyncratic, singular screening.

Whack featured found footage projected on analog 16mm film equipment. The footage was manually manipulated in real time and a live score was generated using various forms of percussion and antiquated radio signals also manipulated live in coordination with the film itself. The film itself featured vintage medical footage of a young child slowly learning to walk and leave the hospital bed, but it was played in reverse to so that by the end of the film he was confined in the hospital room. The eerie radio static + rhythmic percussion soundtrack generated live served to accentuate the poetic strangeness of watching life in reverse.