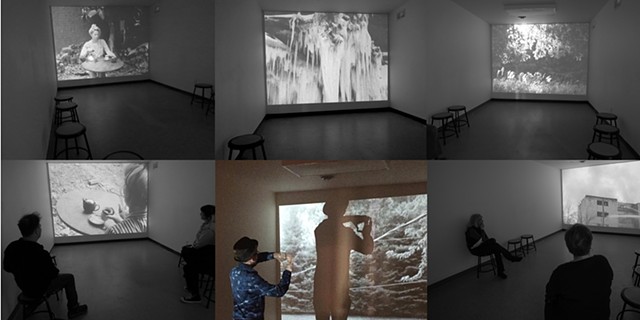 Permanent State of Exception
< previous next >

“Permanent State of Exception by Allen Killian-Moore, captures images of the present, on a medium from the past, in order to contemplate a possible future. The film is composed of original footage, gathered over a period of four years in Minneapolis, Pittsburgh, Duluth, rural Wisconsin, and along the north shore of Lake Superior. Allen’s sound design features portions of salvaged radio broadcasts taken throughout the last century, while the musical score was written and performed by Andy McCormick, a founding member of the Minneapolis-based ensemble Dreamland Faces."

The title comes from philosopher Giorgio Agamben, who has noted that in times of strife, the powers-that-be may make exceptions to commonly agreed upon ethics. Those in power may collaborate with unhindered forces, removing basic environmental protections while also disregarding human rights. Such a state of exception to ethical standards may have profound implications, which are explored poetically via the medium of the moving image. 16 min. - Super 8mm Film-To-Video

Permanent State of Exception is a hybrid documentary-fictional work shot on black and white super 8mm film stock. The film features Sarah LaPonte as the Tea Lady. Sarah is a multi-disciplinary artist based in Braddock PA who works with medium format analog photography and assemblage art.