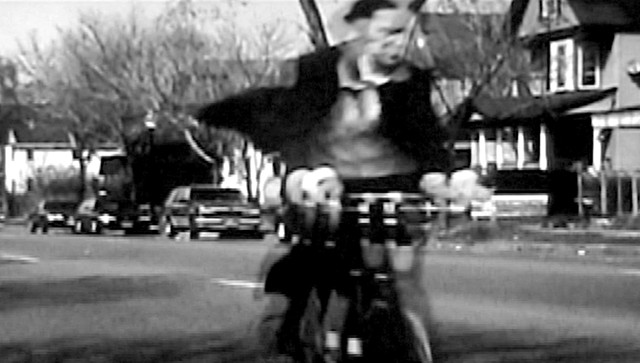 Through stark black and white imagery and shrewd juxtaposition, Shadow Stomach reflects on suicide, oppressive power, politics, and depression in both life and fiction. It is named after a form of acted suicide in Japanese theater:

In feudal Japan, there existed a form of suicide called Kanshi in which a person would commit suicide to protest a ruler’s unjust decision or oppressive use of power. The fictional version was called Kagebara ("shadow stomach") wherein actors at the end of a play would say that they had committed Kanshi, and then “perish,” bringing about a dramatic end to the drama.